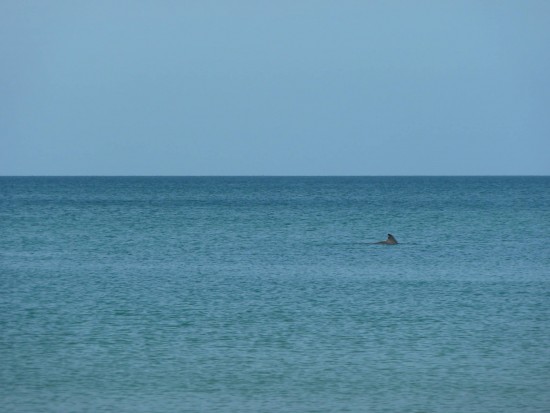 Much has been written about Orlando Florida being the entertainment capital of the world, and it is true that everybody should experience the magic of Disneyworld, the fascination of Epcot Centre and the wonderful sights of Seaworld. But many people return to the UK having spent an exhilarating time in Orlando without visiting the Gulf Coast.

Many years ago we made the discovery of the joys and untold pleasure to be gained by
visiting the Gulf Coast and in particular the beaches of South West Florida on the Gulf of Mexico. There is something unique about still being able in this busy world to walk along an empty beach of clear white sand with the occasional appearance of a dolphin freely swimming close to the shore line looking a for meal and a wide variety of seabirds for company

We have encountered this scenario many times along the beach in Boca Grande and Stumps Pass Englewood to name a few, the locals do not bat an eyelid when the dolphins meander past, they are just used to it. Whilst the visitor myself included will alert his wife in excited way that dolphins are off shore, I can just visualised the locals muttering to themselves, typical tourists. You can see dolphins in the bay areas and along any beach on the gulf coast, but there is no doubt they like quiet areas and when they come close to shore to feed.

The peak season on the gulf coast is the winter months December to April when the North Americans and Canadians flood into South West Florida especially to escape the cold temperatures and snow in the Northern States. The months of May and June are considered the off season which has always amazed me, I have been sat on a sun chair on a quiet beach in hot and sunny weather with the temperatures in the 90s and reading the local papers which talk about the busy season being over ! . When on some of the beaches in Europe in similar conditions you would be climbing over people to get to the sea. 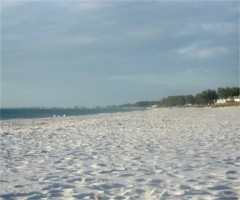 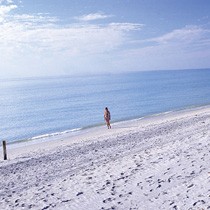 Yes some of the beaches will still be busy, the likes of Naples Fort Myers and Sarasota and further North in Clearwater and St Petersburg but there are still plenty of beaches to explore which offer the sense of the Real Florida and the type of experience I have described. 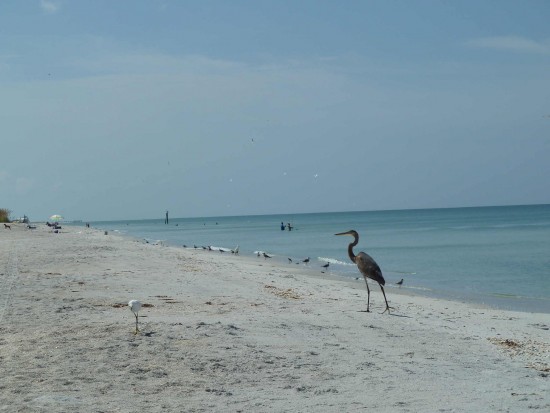