Comments and Reviews
MFras23 27 Mar 12, 02:48 PM
If you have to visit only one Disney Park this is it, it has something for everybody- from babies to seniors and parents to teens. What's more is the park has some of the best theming on the Disney property; somewhere you are completely immersed in the magic. To make the most of the park and see everything there is 2 days is needed, but if you just want a taste 1 day is enough.
stevieweevil 26 Mar 12, 03:02 PM
It's not just the rides that make the Magic Kingdom so special, it's not the amazing parades, show's or fireworks either. It's the feeling you get when you first walk into the park, when you walk through those gates and see, hear and feel every little effort and detail. The feeling that this day, this day you are there must be special because surely they cannot go to all this effort every day of the year can they?

It's this feeling which creates the magic and it's the magic that makes this the greatest theme park in the world.
tinkerbell1971 23 Mar 12, 09:20 PM
What can i say about this park. This is my favourite park, where else in the world can you feel like a child again, be a princess for the day and giggle and laugh like you haven't a care in the world two words MAGIC KINGDOM. You can ooh and aah at the fireworks, chat dance and play with characters it really does make you feel special. This park is great for all ages. Once you have been you will be hooked, and you Will Remember the Magic forever.
2 Mar 12, 09:53 AM
The Magic Kingdom is the Icon of Disneyworld, the walk down Main Street USA from the entrance and having the view of the castle come into eye sight is one of those moments that you will never forget.

When they say 'Dreams Come True', you really do believe it when you are in the Magic Kingdom, you can let yourself go and become a kid again! It's hard not to get caught up in the Disney 'Magic' no matter how old you are.

A MUST do for your trip and for me, a must do first day, theres nothing like starting your Disney holiday off at the Magic Kingdom!
cartoonp 18 Oct 10, 06:15 PM
Magic Kingdom what can you say.There no better feeling then to walk down main Street and seeing the Castle. The feeling the lump in the throat. The tear in the eye.what ever age you are. 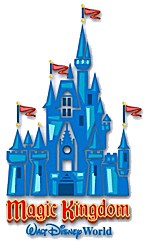 Disney's Magic Kingdom in Walt Disney World opened in 1971 and is the first park that anyone thinks of when they think of Disney. Although the Magic Kingdom park is only 107 acres in size it attracts nearly the same amount of visitors as the other Disney parks put together.

The Share A Dream Come True Parade and the night time spectacular SpectroMagic Parade are held here along with the amazing 'Wishes' fireworks, these are not to be missed!

There is a great Character greeting opportunity is at the opening time of Magic Kingdom when the Characters arrive at Main Street Station.

You approach the Magic Kingdom along World Drive, you will come to Toll Plaza where you purchase your car park ticket. After Toll Plaza follow the road and the signs and eventually you will end up at one of the huge car parks. You will be directed by the car park cast members where to park your car.

Once you vacate your car, make sure you have everything with you as it's still quite a way to the actual Magic Kingdom park. You will see everyone walking to the ends of the car park, here you wait for a Tram, the tram will take you to the Ticket and Transportation Center (TTC).

To get to the actual Magic Kingdom Park entrance you need to take one of these forms of transport, head left to get the Ferry and straight on to get the Monorail. Both methods take about the same amount of time, unless you have only just missed a Ferry, then the Monorail may be a little quicker. Which ever method you take you will arrive at the Park Entrance.

Main Street, USAAdventurelandFrontierlandLiberty SquareFantasylandTomorrowlandLockers
There are Guest Lockers located at the TTC and the entrance. Lockers allow you to secure items that you may need during the day but don't want to carry around the park all day. Don't forget to retrieve your items at the end of the day.

Attractions
There is a very wide choice of attractions to entertain everyone. For details on the main attractions please select an item from the Magic Kingdom Menu on the left.

Dining
There is a very wide array of dining experiences available in the Magic Kingdom park. These range from snack food to full restaurant dining. For details of the main dining facilities please click on the Dining Link from our Menu.

Shopping
There are lots of opportunities for you to spend your dollars in the Magic Kingdom. As soon as you enter the Park you'll walk down Main Street which is a street full of shops. I would advise giving this a miss and just head for the attractions. You can go shopping when you are ready to leave the park. Most of the rides will exit you into a gift shop so you won't miss out! For more details on Shopping please click the Shopping link on the Top Menu. 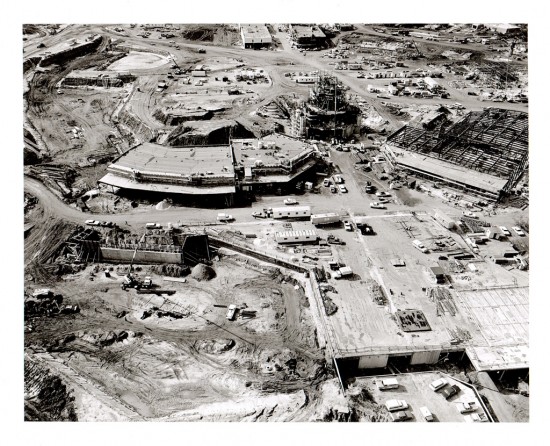 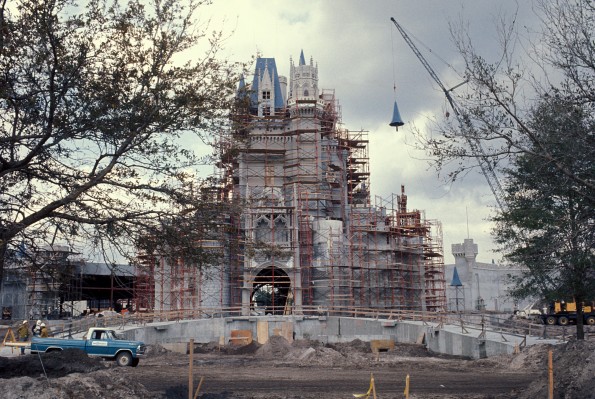 From the Walt Disney Archives the pictures below show the park’s first map wasn’t a guide map as we know it today, but a multi-page newspaper called The Walt Disney World News. The first edition, titled “Vacation Kingdom Opens,” celebrated the opening of the park on 1st Oct.
The park’s first map appears on page 4, and is followed with a listing of attractions, shops and restaurants in each “land.” While many of the park’s original attractions still exist today, there are shops and entertainment offerings. How about following up your Peter Pan’s Flight with a performance by The Polka Band? Or buying greeting cards on Main Street, U.S.A.? Or hot dogs at Refreshment Corner instead of Casey’s Corner? 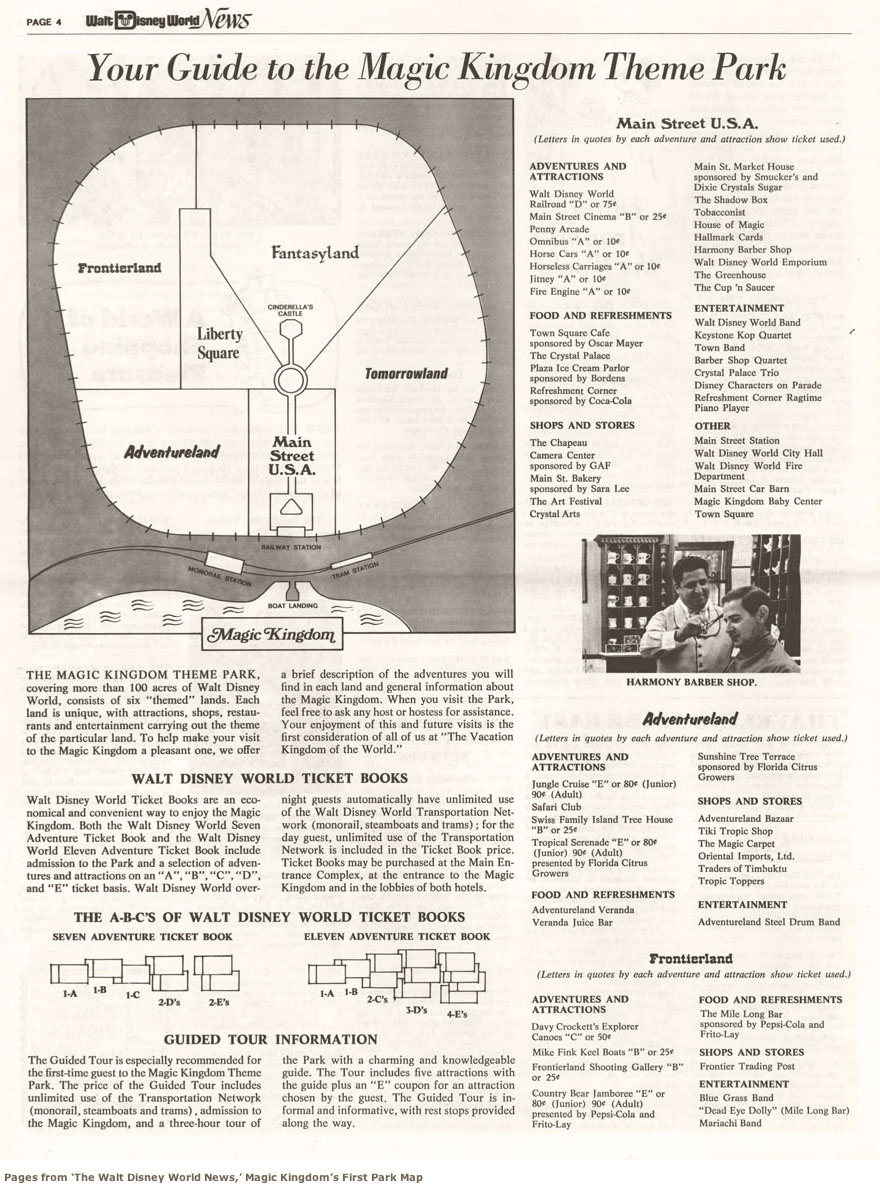 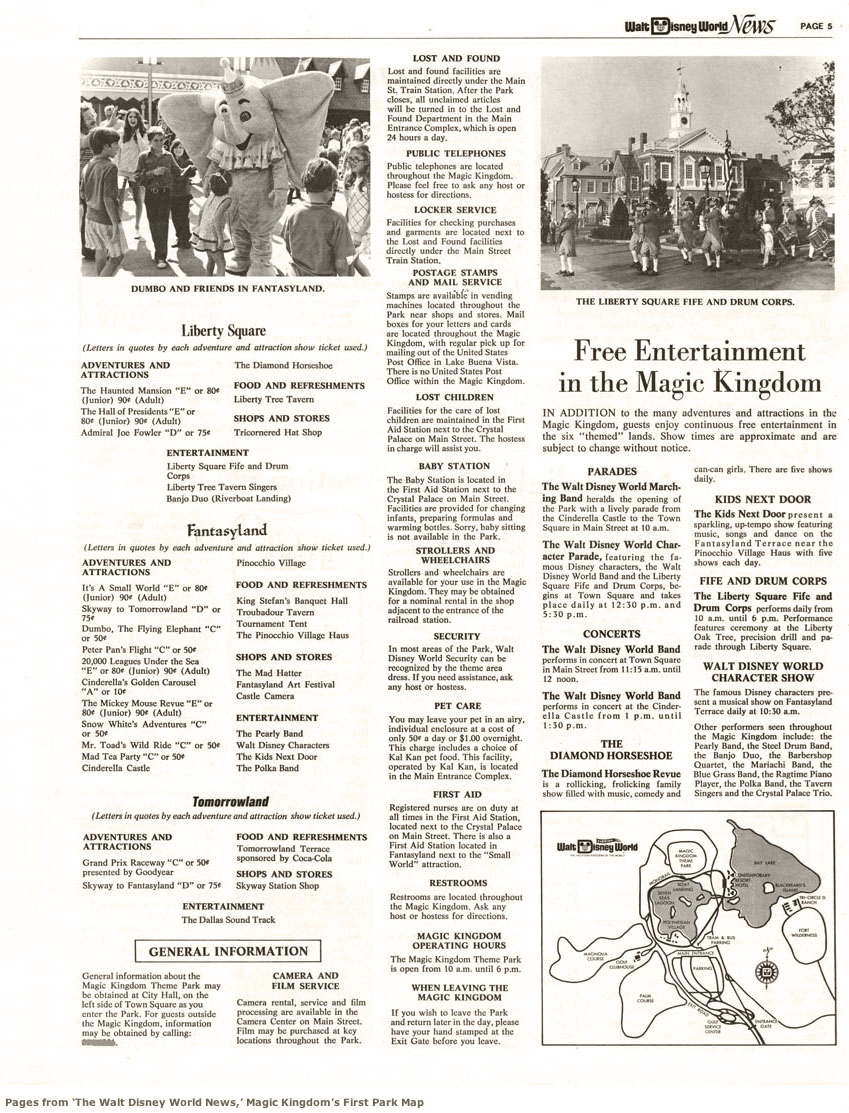