Comments and Reviews
MFras23 6 Apr 12, 04:33 PM
Definitely one of our favourites, not only in Epcot, but the whole of Disney World. A relaxing ride to rest your legs and escape the heat as well as learn some history too!
Location
Epcot - Future World

Step into the world-renowned 55-metre-tall geosphere to explore the stirring story of human communication. Be transported to the further reaches of the solar system in a Time Machine vehicle that takes you through magnificent moments of the past, present and future — from the dawn of recorded time to the 21st century's New Global Neighbourhood.

Spaceship Earth is the first thing you see on entering Epcot.

Board your omnimover and take the 15 minute journey through time, to learn about the history of communications from cavemen to future centuries. The story is narrated by our very own award-winning actress Dame Judi Dench!

At the beginning of the ride, guests photographs are taken as part of the new fun interactive experience, each omnimover has a touch screen where riders are asked questions that are used in the post show area. On a map, riders faces appear on animated characters, showing where they live in the World! 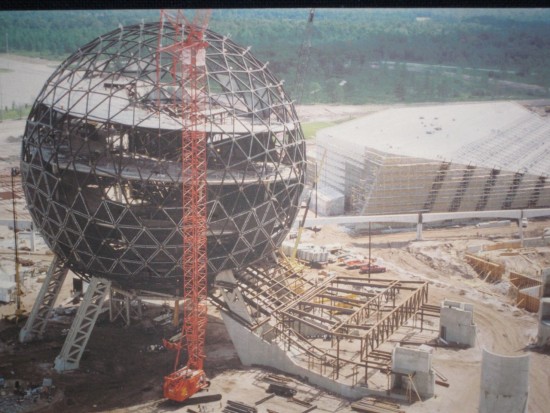