Previously named Feel At Home, three updated their roaming proposition to Go Roam and specifically Go Roam Around the World for use outside of Europe. You are given 3,000 texts and 5,000 minutes to contact numbers in the UK or other Go Roam users who may be outside the UK, plus up to 13GB (for Contract) or 12 GB (for PAYGO) 3G data for a month.

The allowance does not include "In-Country Calls" - these are calls to numbers in the USA such as other mobile phones (even if they're UK numbers) or local numbers (such as a taxi company).

Where does Go Roam Work?
Listed under the providers are Three's roaming partners in each country, the network or networks you'll be able to connect to on Feel at Home. 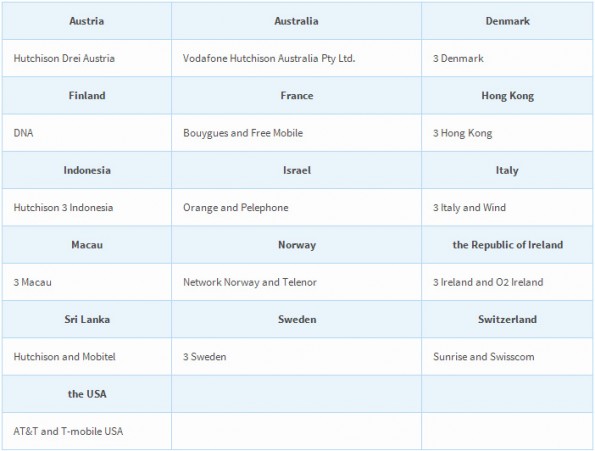 Calling and texting local numbers: When you connect to a local network, Three text to let you know it's a Feel at Home destination and what the local call charges are. These vary depending on the destination. Receiving a call is always free, wherever you are.
Because your "roaming" with your mobile number, if you call a USA number (ie to order a pizza or book an excursion) you would be charged for making an international call, because the system thinks your calling the USA from the UK.

Going over allowance: just like in the UK, there are charges for going over your monthly allowance.

Data Use: Data is only 3G and is throttled, meaning it is slowed down so expect roughly 1-3mbs of speed. This makes streaming quite difficult. Three have also blocked Tethering so you won't be able to share your data.

How to make "in-country" calls
To get round the few times you will need to call numbers in-country you can sign up for a free 30 day trial of Skype Premium, allowing you to call landlines and mobiles.
http://www.skype.com/en/offers/free-...-subscription/

If you already have a Skype account, create a new one for the specific use of your holiday.

In any Go Roam destination out of allowance charges are:

20p a minute to make calls
7p a text
10p for every MB of data
Premium rate numbers are blocked: that's numbers starting 070, 09 and 118. 08 numbers are included in the standard allowances, however.

New to Three: Three Pay Monthly customers (Including SIM Only 12m or 1m rolling) previously could not use their SIM abroad for the first 30 days of the contract. This restriction has been removed recently (according to Three customer services). PAYG customers are able to use their SIMs immediately.

On Contract - To use your phone abroad, you need to activate international roaming. It's automatically put on after 30 days but if you need it earlier, just call. It's easiest to do this before going away. With roaming activated it just finds the right network and works, simple as that.
On PAYG - International roaming should be active by default. If you have a new SIM you will just have to ensure it is activated prior to travel.

If you're using PAYG, the best thing you can do is top up with Ł20 and before you go buy the Ł20 All-In bundle with the credit you've applied. This is so you have an "allowance" to use with your Feel at Home plan.

Service problems: what you need to know

Most Three customers pay for tethering as a monthly add-on: if you're going abroad, it might be worth skipping for a month as it won't work. If you try and tether, you'll simply get a message informing you the service is not available.

The International Saver add on and any add on video or audio content like TV, music or games won't work while you're using Go Roam.

Go Roam has a Fair Use policy. Exceeding the service limits will result in all services being suspended abroad.

Time limit: using Go Roam for at least three full months in any 12 month period, could well get international roaming on the account suspended.

Basically, Three aren't prepared to let you use the service if you're living between two places. The service is designed for holiday goers and leisure visitors!

Usage limits: Normal usage limits should apply with Go Roam but actually, when your monthly limit is high it'll be reduced as follows:

With Go Roam you'll be using your phone with international roaming turned on which means there's a chance that the phone could connect to a network outside your Feel at Home destination if you're travelling around or staying near the border.

It could happen easily, for example, if you were in North West Italy, close to the French border, though obviously you'd be fine up in the North East, near to the border with Austria, another Go Roam destination.

It's also a risk when you're catching connecting flights: you could turn on your phone in a non Go Roam country during a transfer and immediately get charged for data when emails are being downloaded.

Moral of the story: if you're at risk of roaming, keep the phone in airplane mode or turn off data and only call, text or go online when you see that you're connected to the right network (shown on your home screen).

Before travelling, ensure that your phone works with a 3 sim card. Existing 3 customers or those who have bought an unlocked phone should be ok. Contact your phone provider if you are not with 3 to see if they unlock it (at present EE charge about Ł21 for an iPhone, can be more for Samsungs)

Also note that if you buy any phone FROM 3, it comes unlocked as 3 do NOT lock phones to their network. (Just a handy bit of info for the future!)

Go Roam does not include 4G connectivity. So to ensure your 4g phone can still work on 3g, ensure that the 'enable 4g' or similar option on your phone is turned off.
Bookmarks: